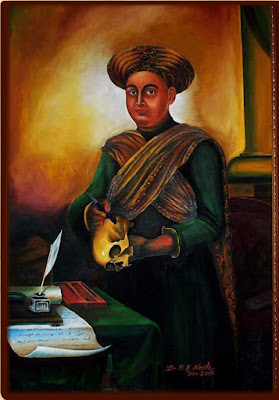 A portrait of Pundit, Kaviraj
Dr. Madhusudan Gupta
The Department of Media Science of Maulana Abul Kalam Azad University of Technology (MAKAUT), WB is going to organize an Online Lecture Series by eminent Radio-Oncologist Dr. Sankar Nath on Great Icons of Bengal Renaissance and their relevance today.
The Episode I will be on "Evolution of Medical Education in Bengal & Pundit, Kaviraj, Dr. Madhusudan Gupta" on 21.11.2020, from 7pm to 9pm (IST).

Registration is Open now. Register in advance for this webinar:
Click here- https://bit.ly/3f4rQHE
After registering, you will receive a confirmation email containing information about joining the webinar.

Pundit, Kaviraj, Dr. Madhusudan Gupta (1800 – 15 November 1856) was an Ayurvedic practitioner who was also trained in Western medicine and is credited with having performed India's first human dissection at Calcutta Medical College (CMC) in 1836, almost 3,000 years after Susruta.
He studied Ayurvedic Medicine at the Sanskrit College, Kolkata and joined there as a teacher. Here, he began translations of a number of English texts into Sanskrit, including Hooper's 'Anatomists’ Ved-mecum'. In addition, he attended anatomy and medicine lectures, becoming familiar with the developing clinical-anatomical medicine of Europe. In 1835, he was transferred to the new CMC, Calcutta.
As a practitioner, he was popular and well regarded amongst his Indian contemporaries as well as by his European colleagues. In 1837, his involvement with the General Committee of the Fever Hospital and Municipal Improvements included recommendations for Kolkata's sanitation, a plead for better maternal care and a commendation to the small-pox vaccinators of Kolkata. His contributions to the research on puberty helped dismiss myths about the discrepancy of menarche between Indian and British women. Gupta died in 1856, at the age of 56. 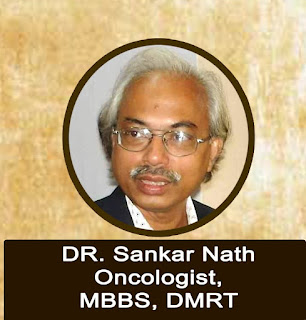 An eminent speaker of this webinar, to be organized by MAKAUT, WB is Dr. Shankar Nath. He is one of the finest Radio-Oncologist of India, possessing immense experience. After completing his MBBS from Calcutta Medical College in the year of 1975, he completed his DMRT in the year of 1979-80 and has worked in the Oncology Department of Calcutta Medical College and Bankura Sammilani Medical College. He joined the Dept. of Oncology at R. G. Kar Medical College and retired as a senior Oncologist from there. He has been enlightening the PG students with his immense knowledge of Medical Physics as a guest lecturer. Dr. Nath has been awarded with Rabindra Purashkar, by the state of West Bengal in 2014 for his research oriented book 'Kolkata Medical Colleg-er Gorar Katha O Pandit Madhusudan Gupta' in Bengali. Dr. Nath is an ardent writer on popular science in different journals.

The other eminent speakers of the program are:
For  more information about the MAKAUT, please visit: