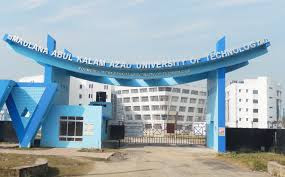 Stanford University, USA has recently released a list that represents the top 2 per cent of the most-cited scientists in various disciplines. This large database created by experts at Stanford University led by Dr John Ioannidis is also based on data from Scopus that ranks journals and gives a citation index. The exhaustive list has 1,59,683 persons with nearly 1,500 Indians in it, amongst whom features the name of Prof. Debashis De, Director, School of Computational Science and Professor of Department of Computer Science and Engineering, Maulana Abul Kalam Azad University of Technology (MAKAUT), West Bengal. He is also an Adjunct Research Fellow at the University of Western Australia, Australia. He is a senior member of the IEEE. Life Member of CSI and a member of the International Union of Radio Science. He has developed Centre of Mobile Cloud Computing at MAKAUT,WB. 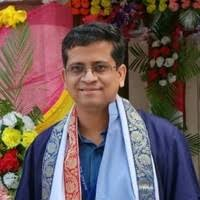 Prof. Debashis De earned his M.Tech from the University of Calcutta in 2002 and his Ph.D. (Engineering) from Jadavpur University in 2005. He was awarded the prestigious Boys Cast Fellowship by the Department of Science and Technology, Government of India, to work at the Herriot-Watt University, Scotland, UK. He received the Endeavour Fellowship Award from 2008–2009 by DEST Australia to work at the University of Western Australia. He received the Young Scientist award both in 2005 at New Delhi and in 2011 at Istanbul, Turkey, from the International Union of Radio Science, Belgium. His research interests include mobile edge computing, Drone Technology, Nanosensor, AI for Cloud and IoT. He has published articles in more than 300 peer-reviewed journals and 100 conference papers. He has published 12 books, eight research monographs in CRC, Springer, NOVA, Elsevier and five textbooks in Pearson. His h index is 28 and citation is 4000. He is an Associate Editor of the journal IEEE ACCESS and Editor of Hybrid Computational Intelligence.

Located in the San Francisco Bay Area, Stanford University is a place of learning, discovery, expression and innovation. Founded in 1885, Stanford’s areas of excellence span seven schools along with research institutes, the arts and athletics. Stanford’s faculty, staff and students work to improve the health and wellbeing of people around the world through the discovery and application of knowledge.
For  more information about the University please visit https://makautwb.ac.in/
Notice