RENEWABLE ENERGY : The Milestone of the Future 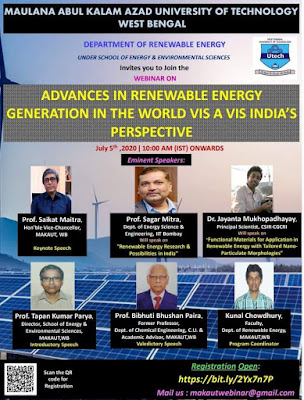 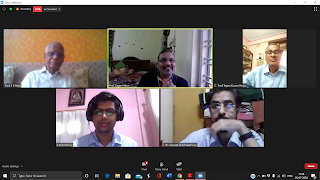 Prof. (Dr) Tapan Kumar Parya delivered the introductory speech by expressing sincere thanks and profound greetings to all the panelists and participants of the webinar. He mentioned that this webinar on such a contemporary theme is being held under the dynamic guidance of the Hon'ble Vice Chancellor Prof. (Dr) Saikat Maitra. Prof. Parya said, "This is a platform where academicians and dedicated researchers can share knowledge and experience on renwewable energy. Day by day conventional energy sources like fossil fuels are becoming scarce and due to the overuse of these fossil fuels there is enormous pollution which must be tackled otherwise it will result in ecological disaster. To avoid this disaster we must use non-conventional sources like solar, thermal, tidal, geothermal, ocean, wave energy etc. The non-conventional sources hold a huge potential and can be exploited if proper efficient way can be designed. There are unique opportunities for students and scholars as Renewable Energy will be milestone of the future." Lastly Prof. Parya conveyed his thanks to the online teaching-learning process which has made knowledge sharing possible in this grave pandemic situation. 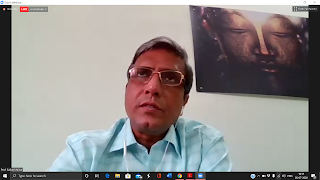 Hon'ble Vice Chancellor, MAKAUT, Prof. (Dr) Saikat Maitra was the keynote speaker of this webinar. He said, "This webinar is a nice opportunity for all the participants, specially those persuing career in enrgy and environmental sector to gain valuable insights. Webinar has become a part of culture in the education system. It is a matter of pride for MAKAUT that it holds the first position in organizing series of ewebinars and inviting galaxy of experts from all over the world to integrate a large community. This culture has to be made sustainable and that is why a discussion forum has been created to generate an everlasting effect and uplift innovative ideas. Renewable Energy has received a huge attention in the changing world scenario. Organizations like Apple, Tesla, IBM, Google and others arw investing in Renewable Energy, which is creating a lot of opportunity for engineering professionals. Ideas are being tested and created for harvesting energy. Harvesting energy is the ultimate objective. India is one of the countries who produce quite an amount of energy from all forms of renewable energy. It started in the late 90s by harvesting energy from wind power. The National Solar Misson aims to achieve grid parity and make electricity delivered at the same costthroughout the country. As India is a country with many bio-resources, due to her tropical climate, Biomass Energy ( from baggasse, rice husk, coconut shell, groundnut shell etc) exploitation is increasing steeply. There has been intallation of 5000 commercial Biogas and Bio-CNG plants, which can reduce coal combustion. India is making significant effort in generating energy from non-conventional sources. India being a peninsular country, has a huge potential in the form of tidal energy. Lots of research is also going on to extract energy from tides using novel materials. The vast Hiamalayas offer the scope of using geo-thermal energy and the turbulent deep seas also give opportunity to harvest wave energy. If all these sources are used properly throughout the worls 100 billion times more power than the planet consumes can be generated. Sweden recently harvested energy from the body heat of about 25000 commuters,in their central station. If Sweden with such a small population can exploit body heat in this fashion then countries with huge population can utilize this with various benefits. This reliance on fossil fules and green practices can save the environment" He ended his speech by congratulating Prof. Parya and Mr. Chowdhury for organizing this wonderful webinar. 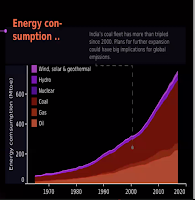 The next speaker in the webinar was Dr. Sagar. Mitra, who is leading a Battery Research Team in IIT Bombay to develop safe lithium ion batteries and replace commercial ones. He expressed his sincere thanks to Prof.Parya for inviting him in this webinar. Besides telling on advances in renewable energy, he also explored the storage opportunity of these non-conventional sources of energy in the world vis a vis India's perspective. He said, " Humanity has three top problems: Climate change and Green House Gas Emission, Sustainable Solution to Live and Poverty. As far as the current world policies are concerned, will lead to increase the temperature of the earth rapidly. If these policies are changed and made environment friendly then it can limit the global warming to 1.5°C by 2030. The power sector, transport sector and industries account for most of the green house gas emissions. Agriculture and land use are also contributing towards carbon dioxide emissions. As India is based on agrarian economy it is hard to controll its bad effects but the other 3 sectors can be controlled to reduce green house gas emissions. It is very disappointing that India uses coal as the number one power production source and is world's third largest greenhouse gas emitter. By 2050 all the coal reserves will be depleted and if non conventional sources are not utilised then there will be a huge problem for India. However, India is quickly expanding her renewable power extraction, specially solar. India has ratified the Paris Agreement and pledged a 33-35% reduction in emission intensity by 2030.

But there is a huge demand and supply gap in power generation which results in powercut all over the country. The only solution to the constrained transmission and distribution capacity, unmet energy demand, low energy access in rural area and continuous dependance on coal based energy generation is use to renewable energy. India has planned green corridors with transmission system costing about Rs 32000 crores for 32 GW Renewable Energy in Tamil Nadu, Gujarat, Rajasthan, Karnataka, Andhra Pradesh, Maharashtra, Himachal Pradesh and 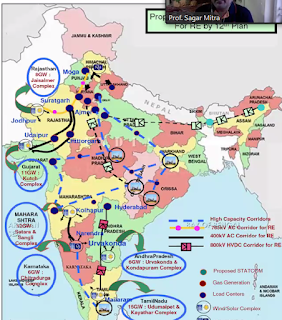 Jammu and Kashmir. India is also giving attention to the storage area and allocated Rs. 2000 crores. 1-5 MW pilot demonstration projects are currently being investigated for validation. As far as the power generation from solar energy is concerned Gujarat and Rajasthan are the leading states in India as they have the maximun sunshine available. This has led to a lot of job generation and a lot more will be created by 2030. But Renewable Energy also has certain disadvantages:

Thus there is a need to store energy. A energy bank can be created to compensate when renewable energy is unavailable. There are several energy storage application like peak shaving, time shifting and frequency regulation. The most used storage technology used all over the world is Pumped Hydro, althoughthere are many more. But India does not have so much land to usethis technology. So the alternative to this is electrochemical storage(battery). Germany is also exploiting compressed air based storage. But temperature variation and average temperature cahnge is very high, which is a huge problem for batteries. A solution to redress this problem must be developed. Another problem is battery sizing. Batteries with 4 times bigger size are made . So we must know battery more to make the batteries accurately sized. A positive side of the battery researches going on is that the price of lithium-ion battery is continuously decreasing and will continue to do so." 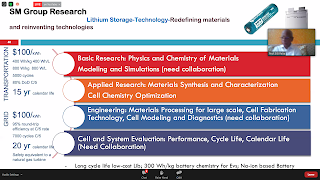 Dr. Mitra mentioned his research areas and the projects he is involved with. Lastly he showed the partcipants a video of possible intercontinental power grid whose link is provided below:

The next speaker in the webinar was Dr. Jayanta Mukhopadhyay. He mentioned that it is his proud privilidge to accept the invitation to speak in this webinar.
He spoke about: 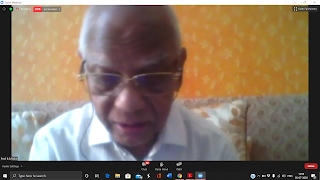 Lastly Prof.(Dr) B.B. Paira delivered the concluding speech. He told that for the survival of flora and fauna of the universe we need non-conventional energy sources. He gave a brief account of what all the speakers spoke about in the webinar. Prof. Paira concluded by thanking Prof. Tapan Kimar Parya and saidthat we are entering the 4th Industrial Revolution based on cyber science and Artificial Intelligence. But the Outcomes and products of the 1st Industrial Revolution are equally important, if not more.