Webinar on Role of Indian Information Service in Media Management

An Insight on the Working of Press Information Bureau (PIB) 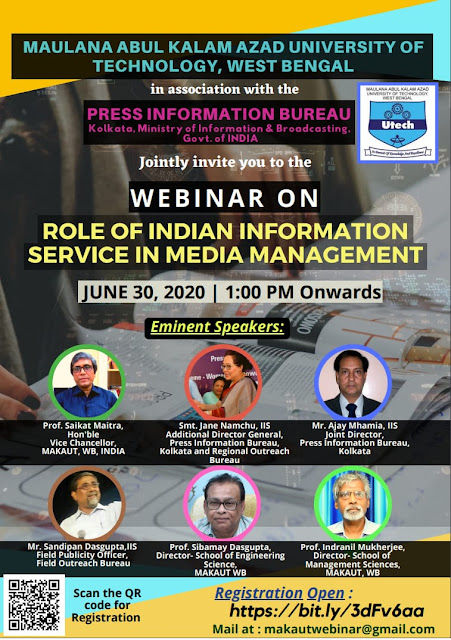 The Press Information Bureau, commonly abbreviated as PIB is a nodal agency of the Government of India. Based in National Media Centre, New Delhi.Press Information Bureau disseminates information to the print, electronic and new media on government plans, policies, programme initiatives and achievements. The PIB is also the Government's nodal agency to facilitate private media and provide them with technical support as and when required. 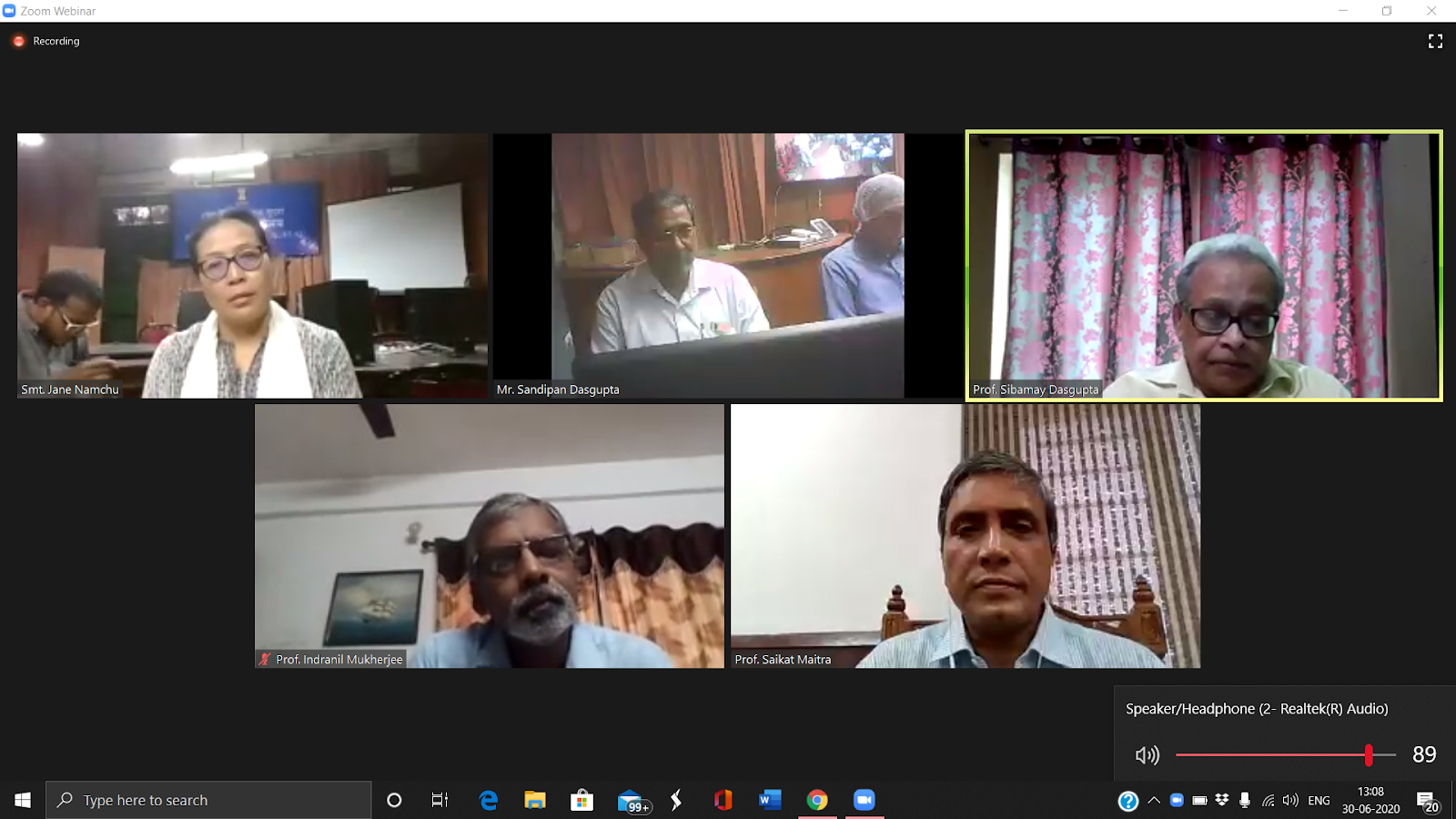 At the outset the Hon'ble Vice Chancellor of the University Prof. (Dr.) Saikat Maitra stressed the importance of Indian Information Service and the important role that PIB plays in disseminating correct information to the public.
Prof. Sibamay Dasgupta, Director-School of Engineering Science, MAKAUT was the coordinator of the programme.

Ms Jane Namchu, Additional Director General (Media  & Communication) of PIB Kolkata, who is also the Head of the West Bengal region of Regional Outreach Bureau (ROB) stated the importance of PIB in upholding news and in communicating with the common people with an aim for overall social and economic development. PIB is mainly entrusted with news coordination and publicity for Government of India. Side by side the Bureau of Outreach Communication (BOC)  through ROB directly communicate with the


people and try to create awareness about changing bad habits etc. Awareness is also created through YouTube, Facebook and other social media by ROB. She said that with penetration of data PIB gives PIB gives pubblicity to various Government schemes and programmes digitally.

Mr. Ajay Mhamia, Joint Director, PIB and Mr. Sandipan Das Gupta, Field Publicity Officer, ROB spoke in detail about the functioning of various media wings of Ministry of Information and Broadcasting and said that the IIS officers play a two-way role of providing grass-root feedback to the administration while disseminating information on Government policies and schemes to the masses.

Mr. Mhamia said that PIB officials are recruited from Allied Services of Indian Administrative Service Exam conducted by UPSC. Side by side some officers are recruited directly from people having experience in the media for about ten years.

Professor Indranil Mukherjee, Director, School of Management Science, MAKAUT, shared his views on social media management and said that social media has huge impact on the people so using social media for disseminating information of Government policies and scheme will have very positive and effective in this pressing time of Covid-19. He also mentioned that use of digital media will also create sense of belonging among the students.
The Press Information Bureau was established in 1919 as a small cell, which has now grown into a nationwide network of 8 regional offices and 34 branch offices. Its press releases give information to electronic, print and new media on the following topics:
In November 2019, the PIB set up a fact-checking unit to verify the authenticity of government related news and thus check the spread of fake news.
Notice