MAKAUT Stands Beside the Victims of Nature's Fury

Super cyclone Amphan has left many districts of West Bengal devastated despite precautionary and disaster-management steps taken by the administration. Amphan, the worst cyclone in 283 years swept through several parts of the state of West Bengal, including capital Kolkata on 20th May, 2020.

What is seen in the aftermath is a trail of destruction, rendering a large section of the common people homeless. In this context Maulana Abul Kalam Azad University of TegchnologyFrom 22nd May,  2020 MAKAUT,WB is delivering food form it's Community kitchen to Aampan affected peoples of Haringhta. It was a request from the BDO Haringhata and Haringhata Municipality Chairman. Approx 200 food packets are being delivered to the affected people.

Actually the Community Kitchen of Maulana Abul Kalam Azad University of Technology, West Bengal which is operational for the COVID19 affected w.e.f. 19th March, 2020 is now catering for the Amphan affected people. From 22nd May, 2020, the Tech Varsity is delivering for 300 persons on every day basis. Prof (Dr.) Saikat Maitra, the Vice Chancellor of MAKAUT, W.B was approached by the Chairman Haringhata and Block Development Officer (BDO) Haringhata to cater for the Aampan affected people. The Community Kitchen has delivered in a school named Thakurtala Aadibasipara S.S.K, Nagarukhda, No. 1 Panchayat, Nadia which has been made a rehabilitation centre for the Aampan affected people. 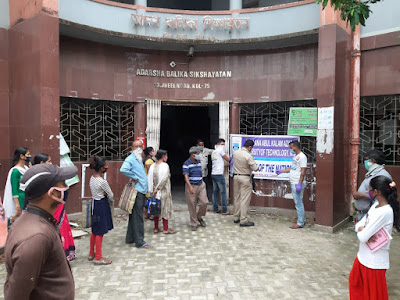 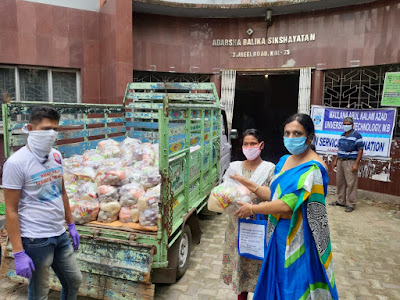