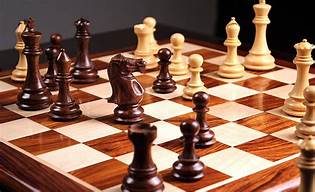 An Exercise of the Brain

The Maulana Abul Kalam Azad University of Technology (MAKAUT),WB has organized a Chess Tournament for Selection of Boys & Girls to constitute Boys/Girls Chess Team to represent the University in different Chess Tournaments. Different Engineering and Management Colleges had sent nominees from their students both Boys & Girls and the Selection Tournament for constitution of the Chess Team was held on 23rd April, 2019 in the Haringhata Campus of the University.

104 boys and 20 girls from different colleges participated in the Chess Tournament, which was organized in the Swiss League system in five rounds. The first four competitors were selected in two divisions to represent the University. Sourav Mondal stood first among the Boys and Susmita Goswami among the Girls.The competition was conducted by the Arbiters of Bengal Chess Association. The prizes were distributed on behalf of the University by the Hon'able Registrar Dr. Partha Pratim Lahiri, the Finance Officer Dr. Atri Bhowmik and other respected professors and officials of MAKAUT.

The University is also inspiring chess, which is an exercise of the brain, among the prisoners. Recently a competition was organized in 13th April at the Presidency Correctional Home, Kolkata.

It was organized in the Swiss League system in five rounds. The winners were given prizes on the Bengali New Years' Day.

In this occasion was present the Hon'able Vice-Chancellor of MAKAUT, Proif. Dr. Saikat Maitra and the Director General of Correctional Services, Government of West Bengal Sri Arun Kumar Gupta, IPS. Prof. Maitra explained the importance of chess before the prisoners. He said, "The game of chess is a mental exercise. Yoga exercises are essential for the fitness of the body. Similarly, games like chess are useful for the brain. It helps to calm your mind and increase the power of concentration. While playing chess, one has to bear tremendous pressure and then find avenues to come out of it and make proper use of the opportunities. Similar is the case in our life. During any bad phase of our life, we have to keep coolness of the mind and march forward." Prof. Maitra is of the opinion that a reformatory should be renamed as Development Centre. The Director General said, 'This is the first time that this type of chess tournament is being organized in a reformatory. Prof. Maitra and Mr. Gupta formally inaugurated the programme by playing the game.

The winners were selected for a training camp in chess. The organizers were Kolkata District Chess Organization and the Department of Reformatories, West Bengal. 26 prisoners are selected for the camp and will undergo training upto 31st March, 2020.

Experts are of opinion that these types of training programmes will go a long way in improving the mindsets of the inmates of a Correctional Home. The exercise of the brain involved in the game of chess will help them regain their confidence level and pave the way towards bringing them back to normal life.